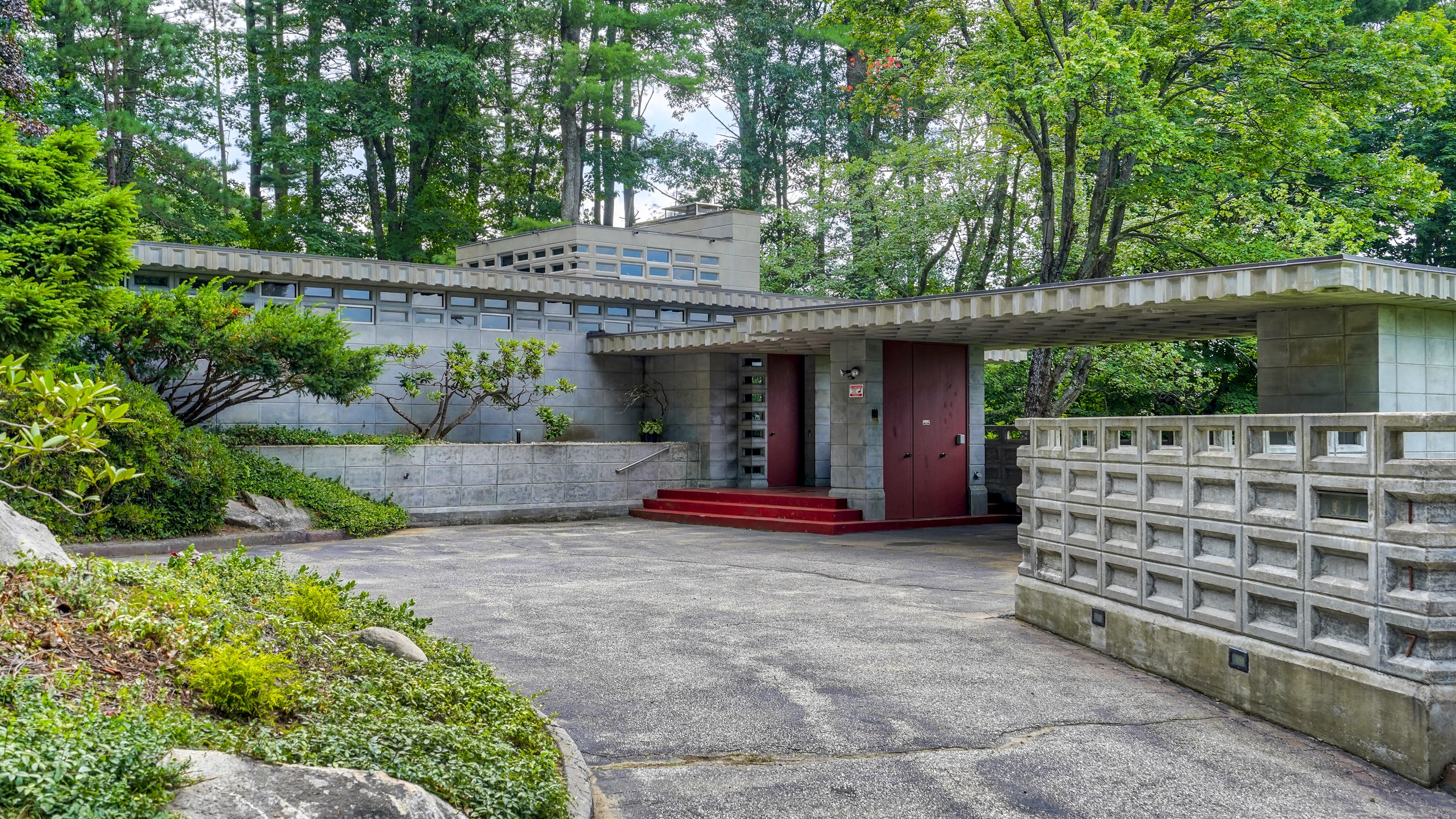 Homes designed by Frank Lloyd Wright are some of the most coveted structures in the world, and can go for millions of dollars. And though owning a house designed by this famous architect is unique, there is now an opportunity to buy an especially rare one in Manchester, New Hampshire. The house is currently on the market for the mid $800’s and is one of only seven “DIY” houses created by Wright during the last decade of his life.

In the 1950s, Wright had the idea to design inexpensive houses that owners could construct themselves. These houses were meant to help postwar Americans afford a family home, much like prefab houses were created to drive down housing costs. This was the last type of home Wright created before his death in 1959.

The concept and construction is a bit Lego-like. “He used standard-sized concrete blocks that could be cast by his clients themselves and used a modular-block construction method,” reads the listing. Approximately 4,800 of these blocks make up the 1,480-square-foot house, plus a small studio on the property. These concrete bricks are found in every room, from the two bedrooms and study to the large open living room and dining room. Even the kitchen is lined with the blocks.